When we find a new place, we generally explore every piece and area the best that we can so that we don’t miss anything awesome! This usually involves a good bit of offroading fun and almost always leads to some awesome adventures! Stumbling across the unusual and interesting things that are sometimes hidden right in plain sight. In this case, we got some offroading in and got to see some massive machinery parts that give you a look into the size of the machinery used in such a massive scale operation that scales over 5,000 acres!

Let’s make our way into the middle of nowhere down this slightly narrow path! 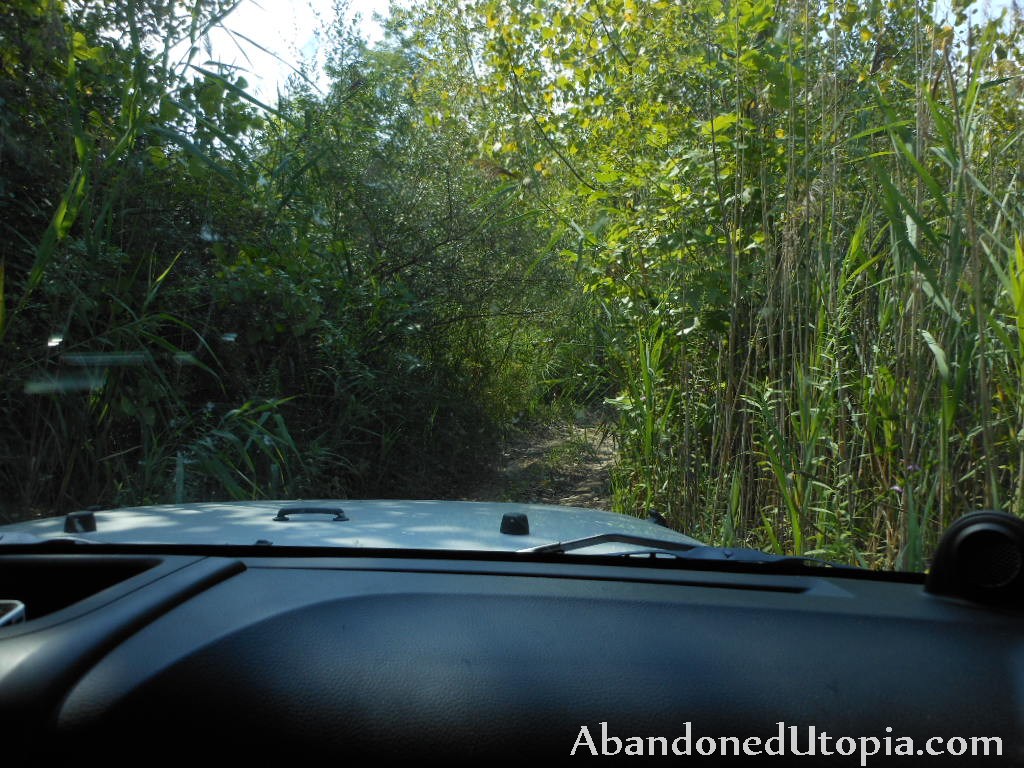 Luckily it opened up into a rather distinct path running along some power lines into nowhere. 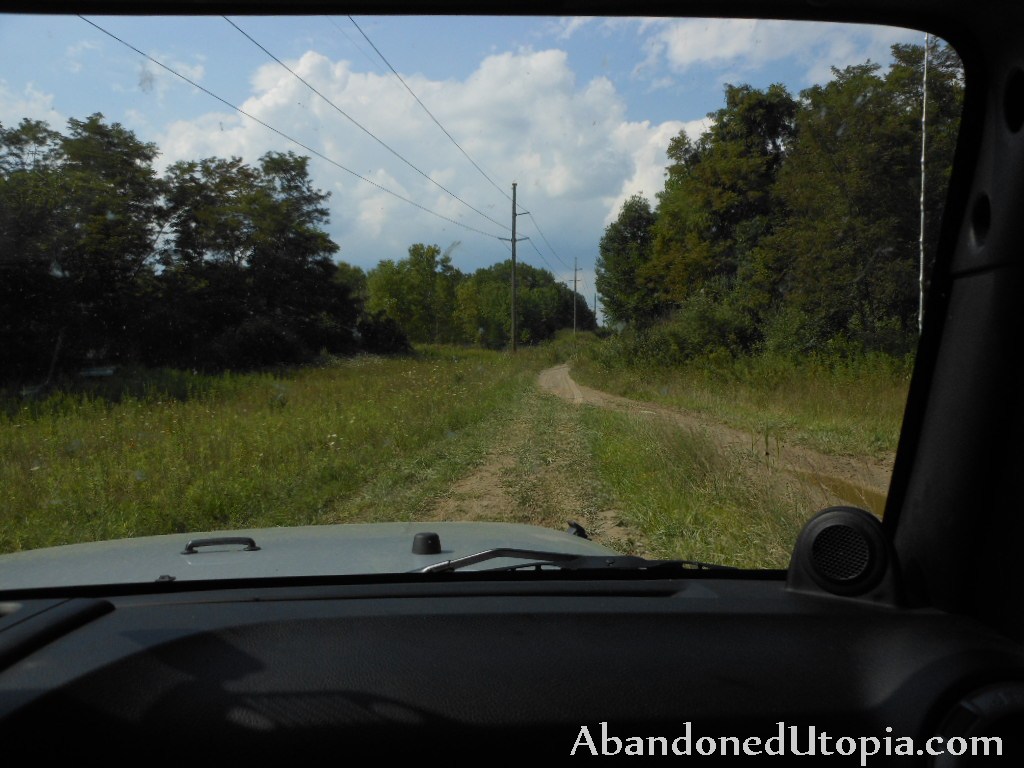 Lots of quad traffic, surely. But we did not see any tracks from anything bigger than a quad other than what we left behind! 🙂 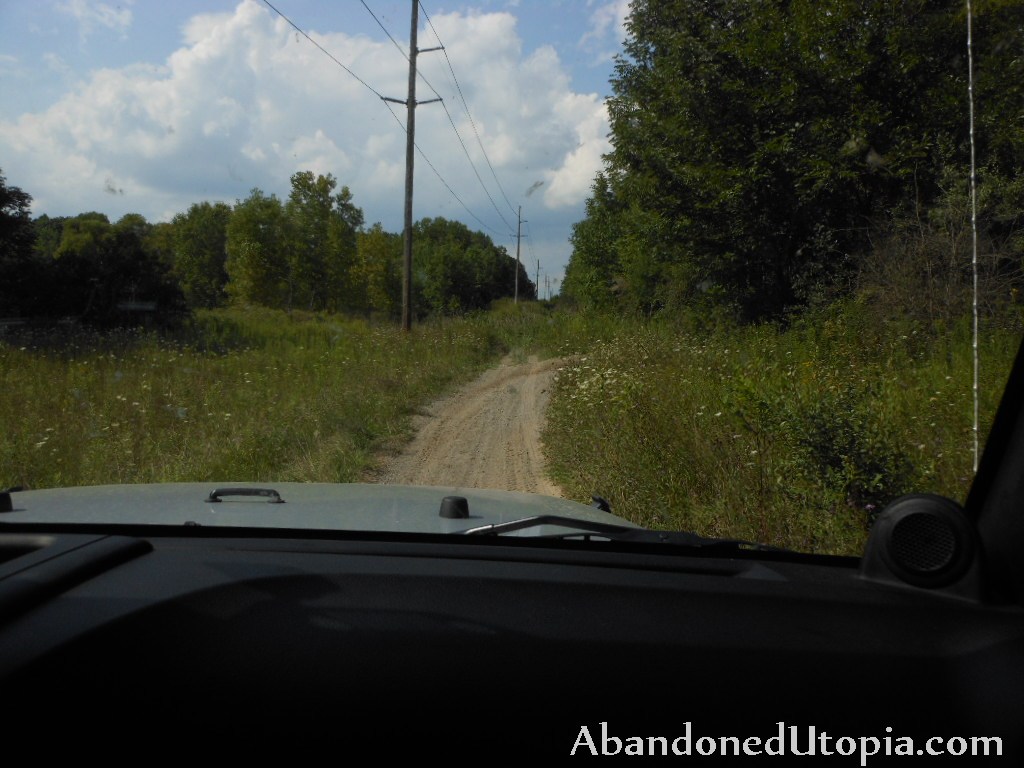 The path went by a ton of piles of gravel that quads had turned into a track of sorts so we figured we would play on it a bit. 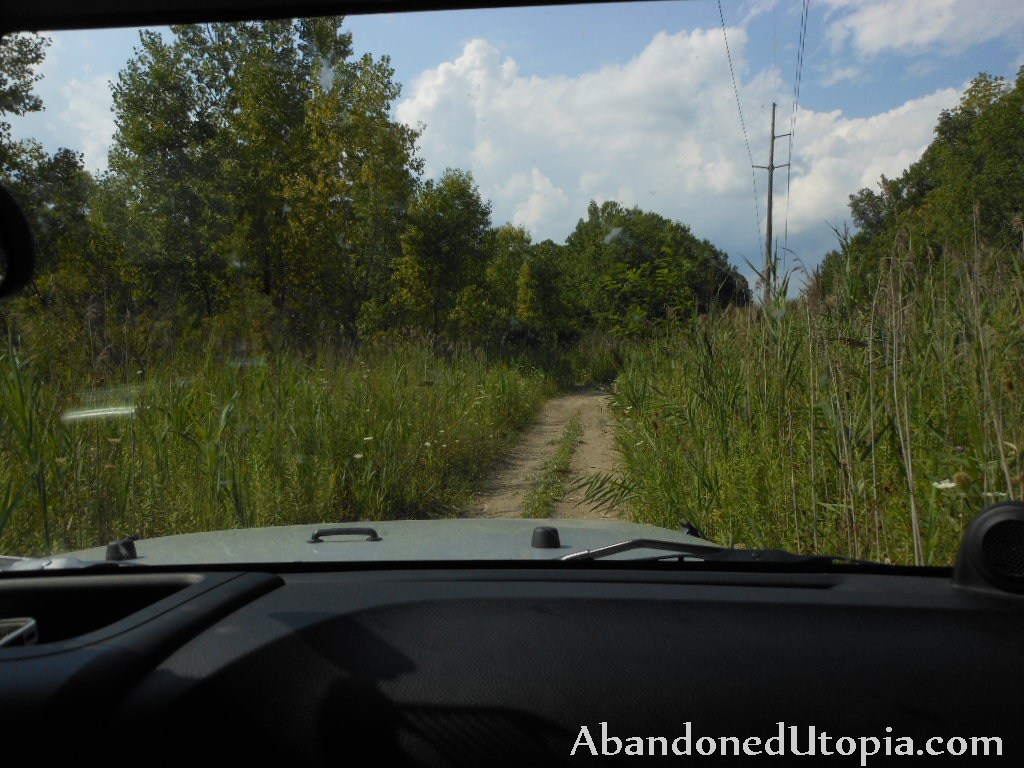 A view back down over the hill to the path that eventually became a road. 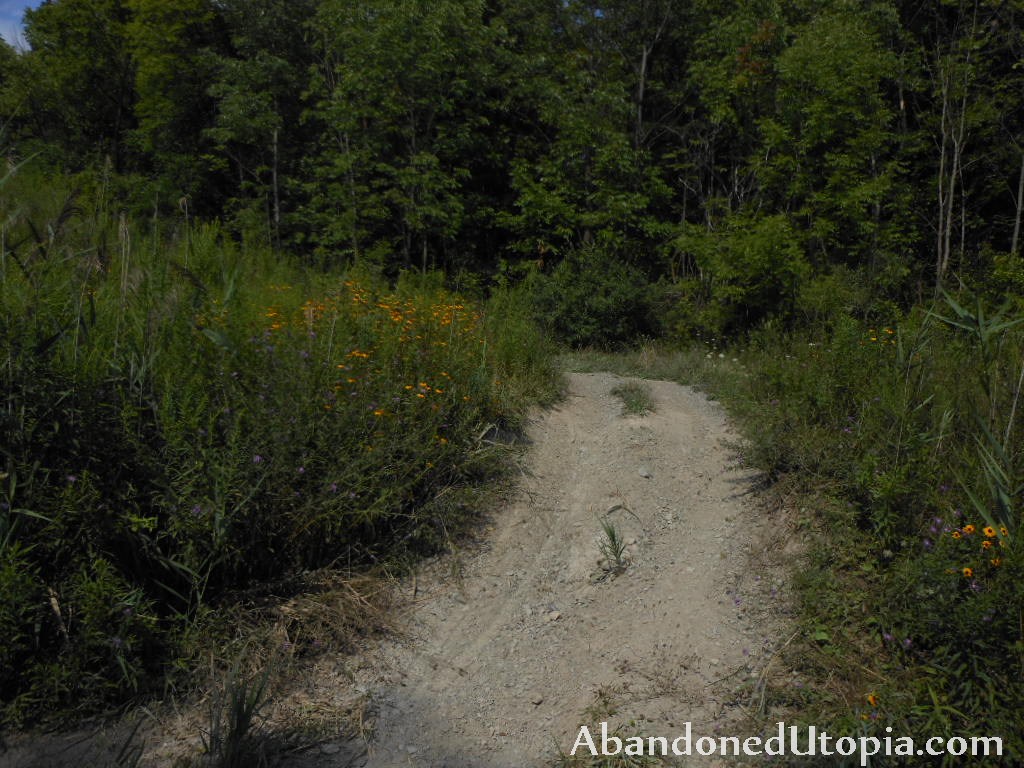 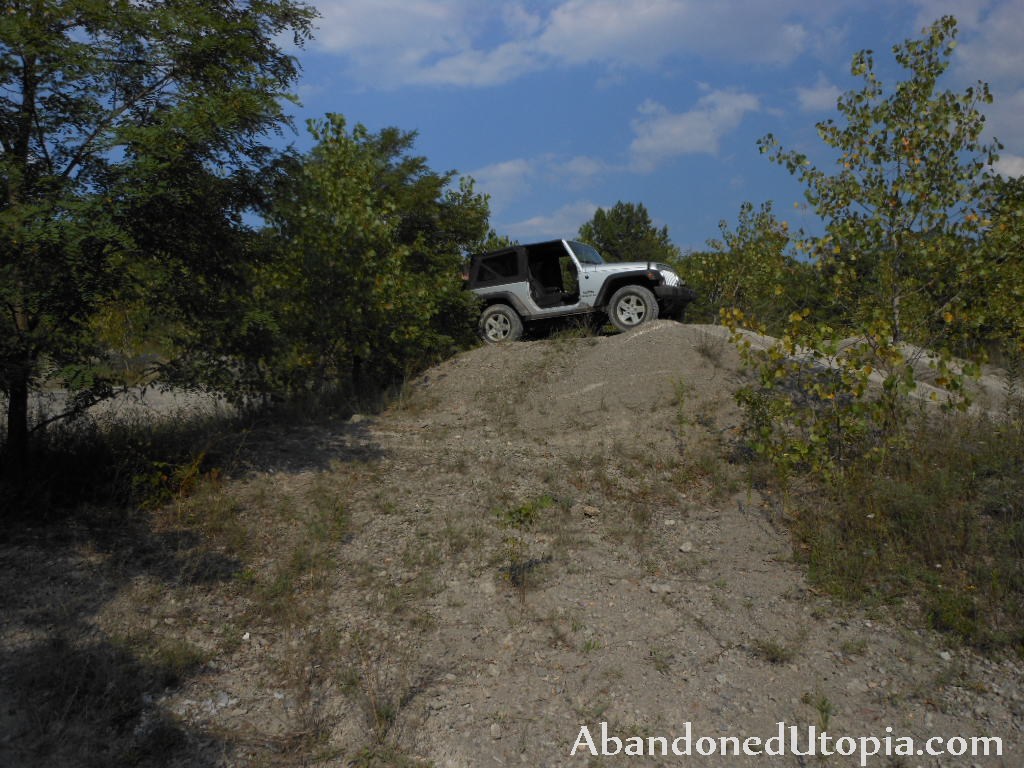 Pretty sure these are to manage large spools of wire. 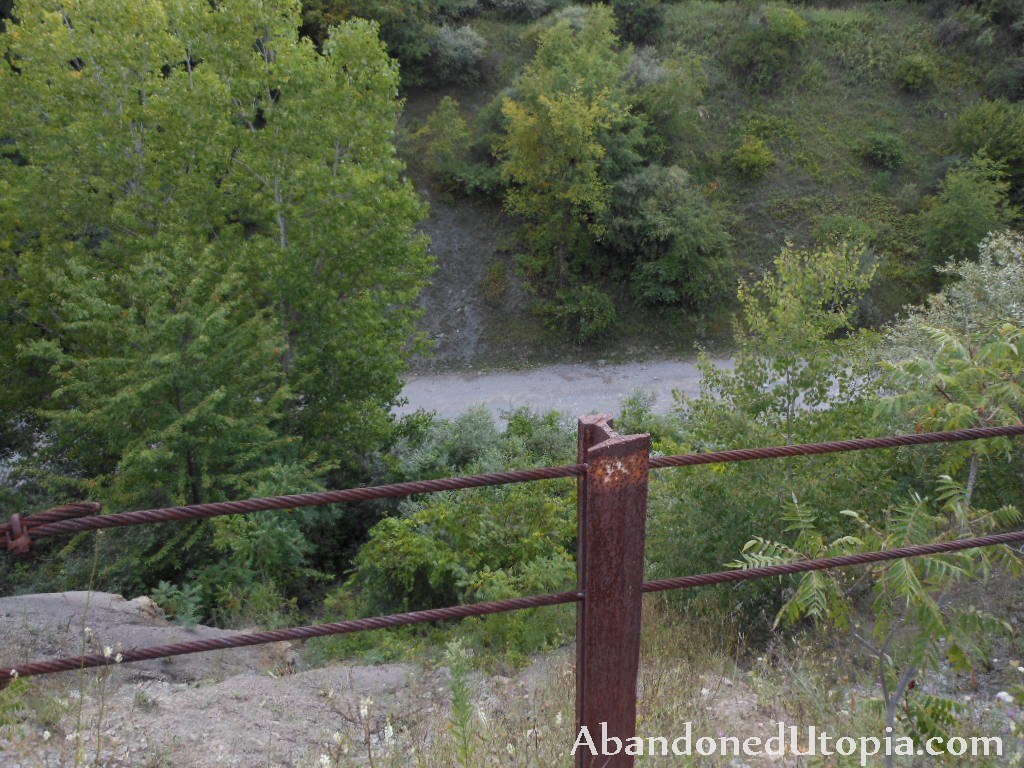 Which would explain these spools laying nearby! 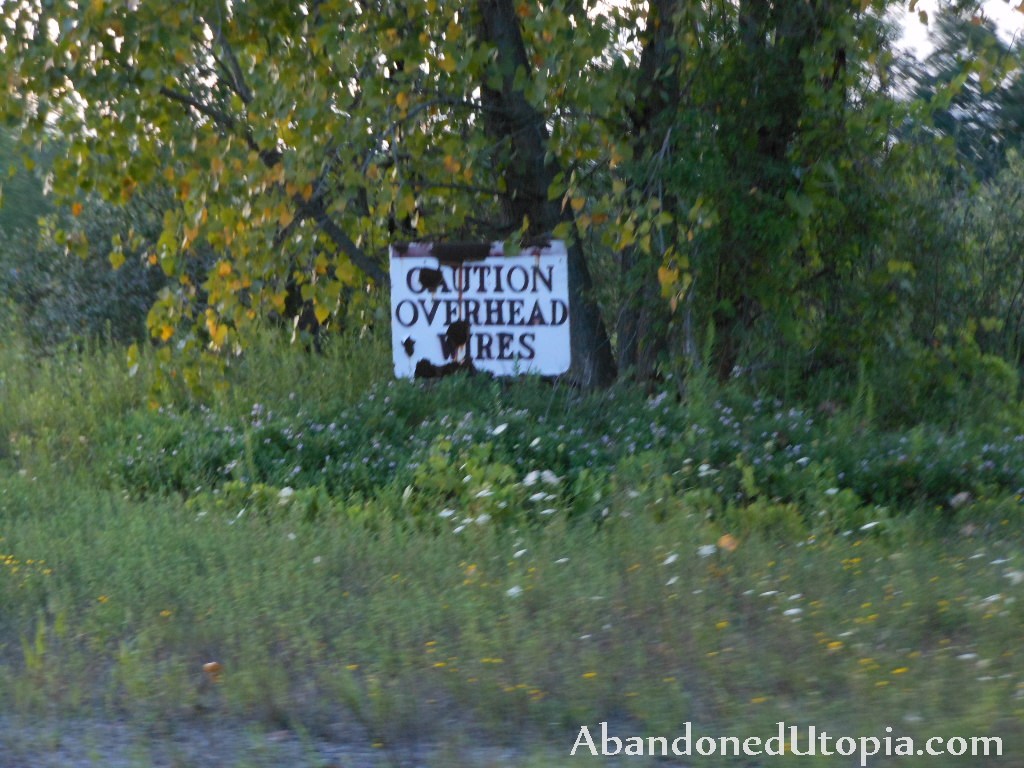 A large rusty tank and some big spools that are now empty and rotting. 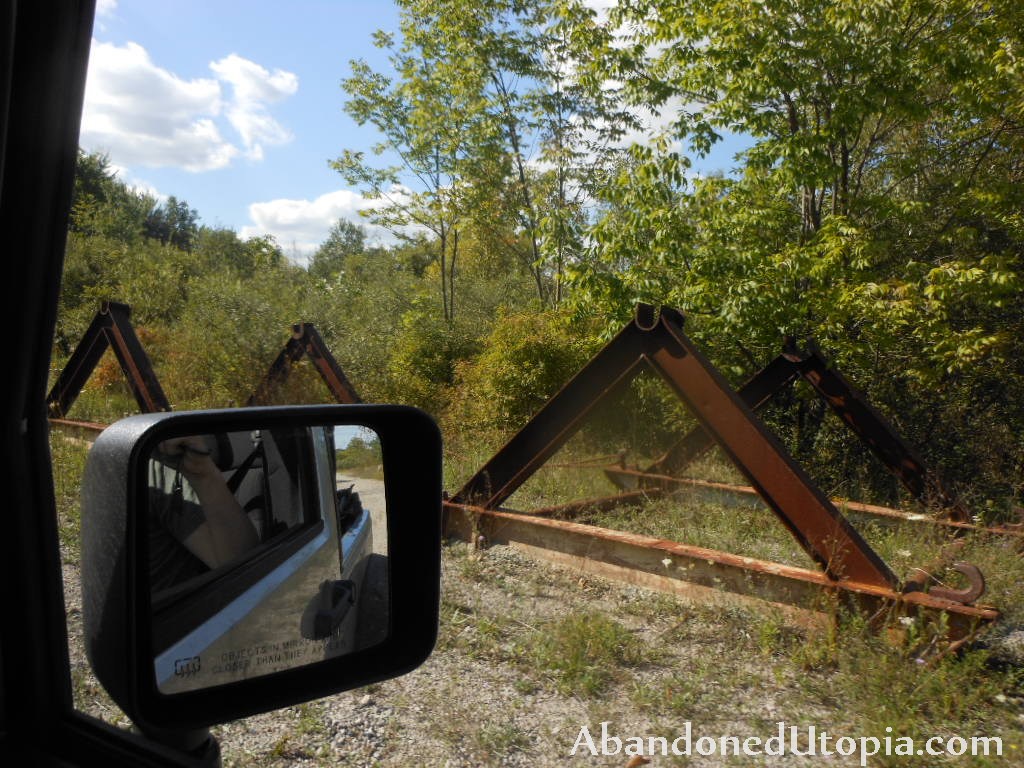 A little further and we found this GIGANTIC acorn looking spool for wires. 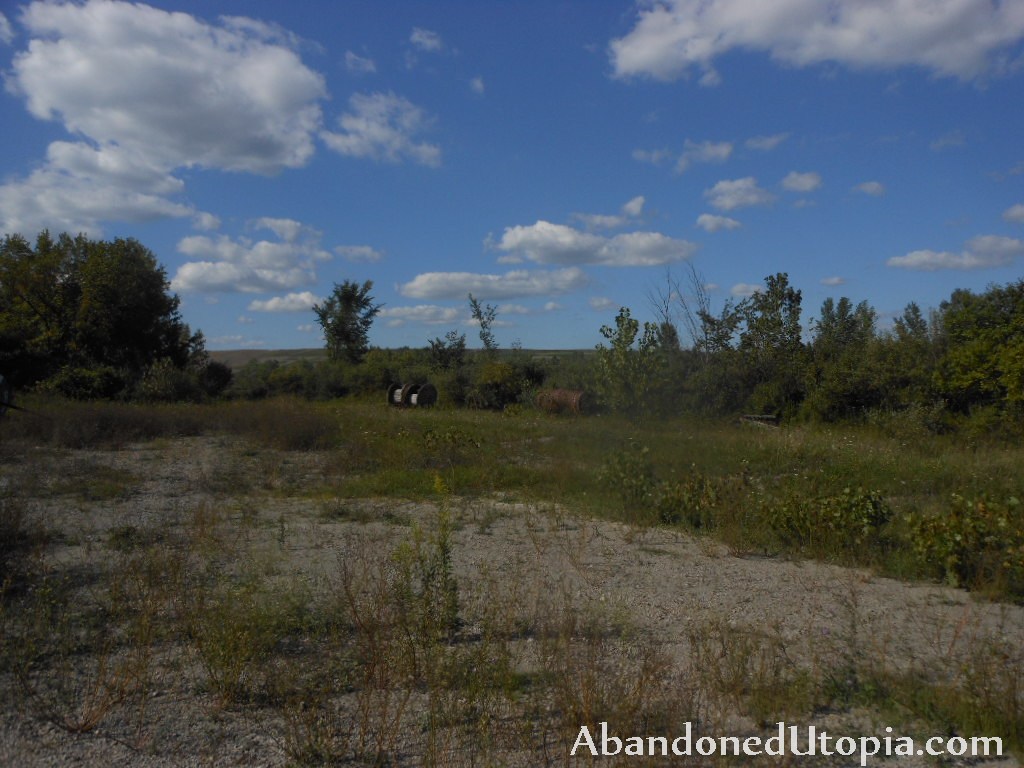 The gears and machinery parts here were of an enormous size. 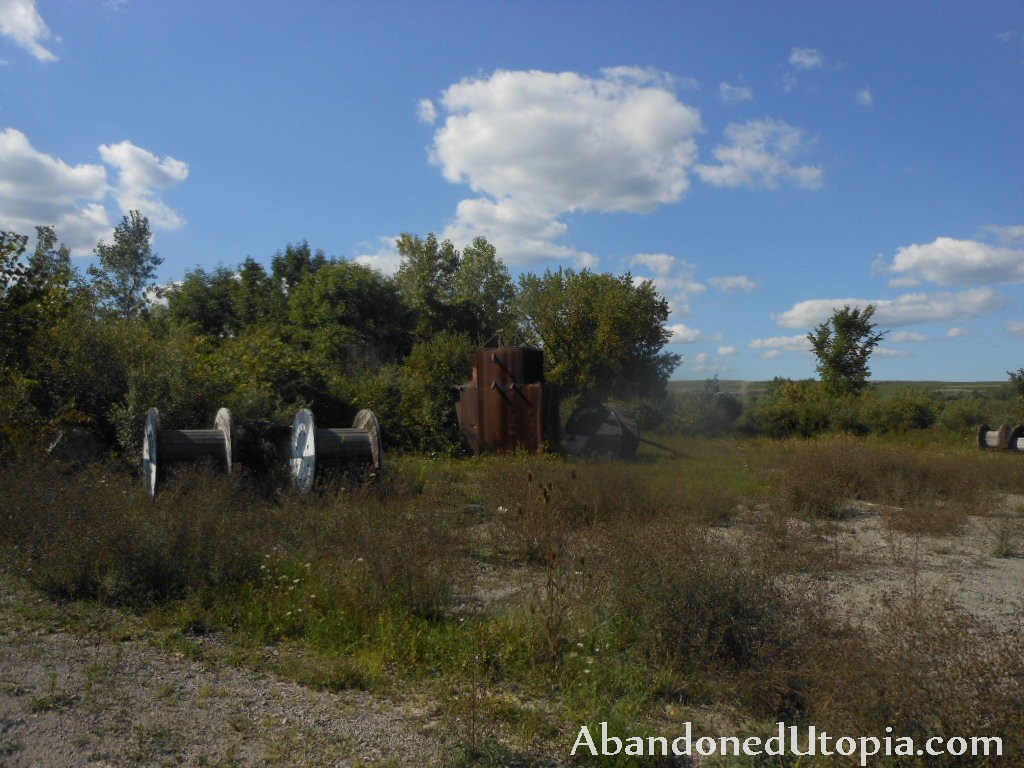 Which you can get a rough idea here as my brother is average in height. 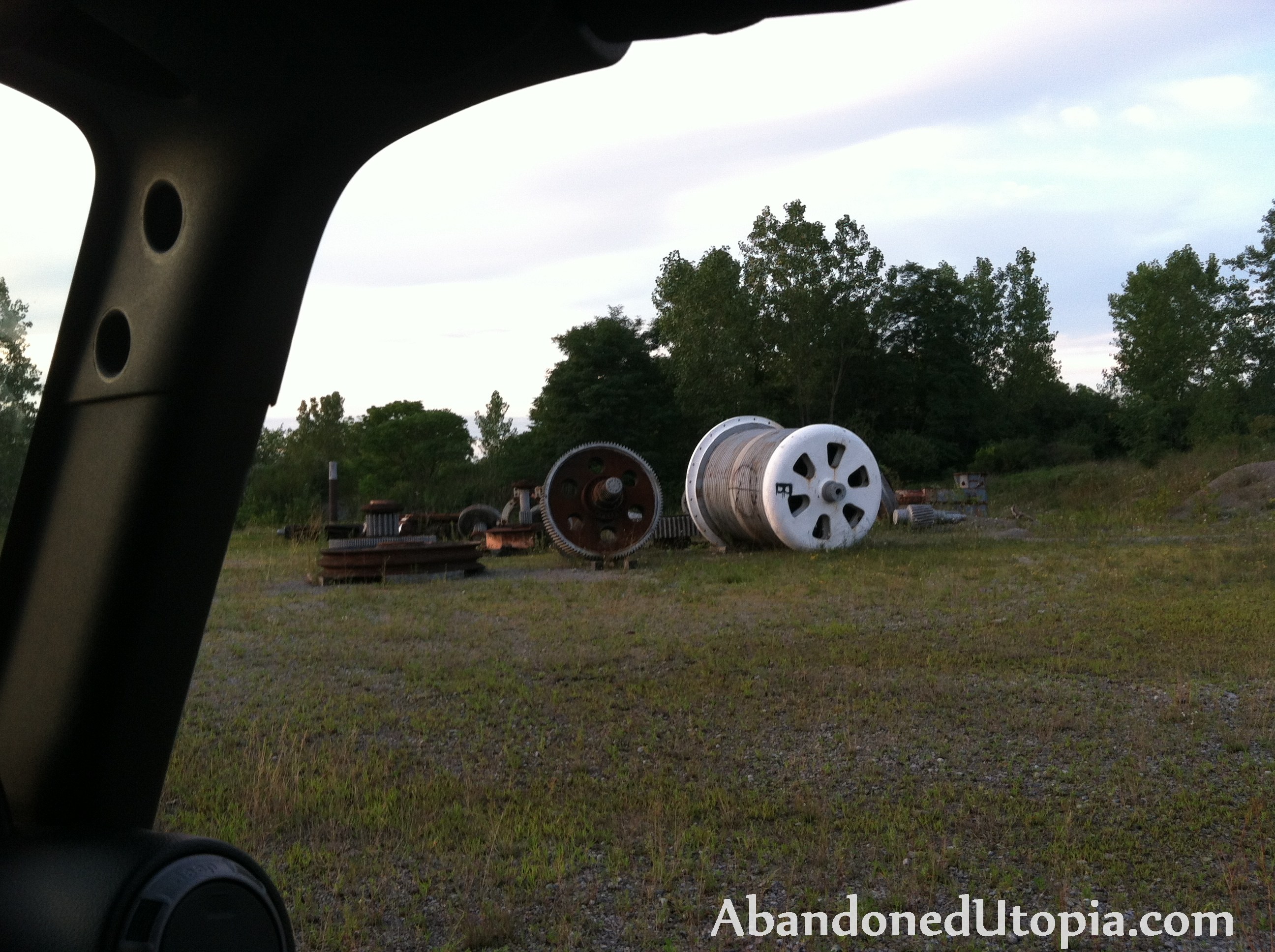 Huge machine parts strewn about like toys on the floor of a childs room. 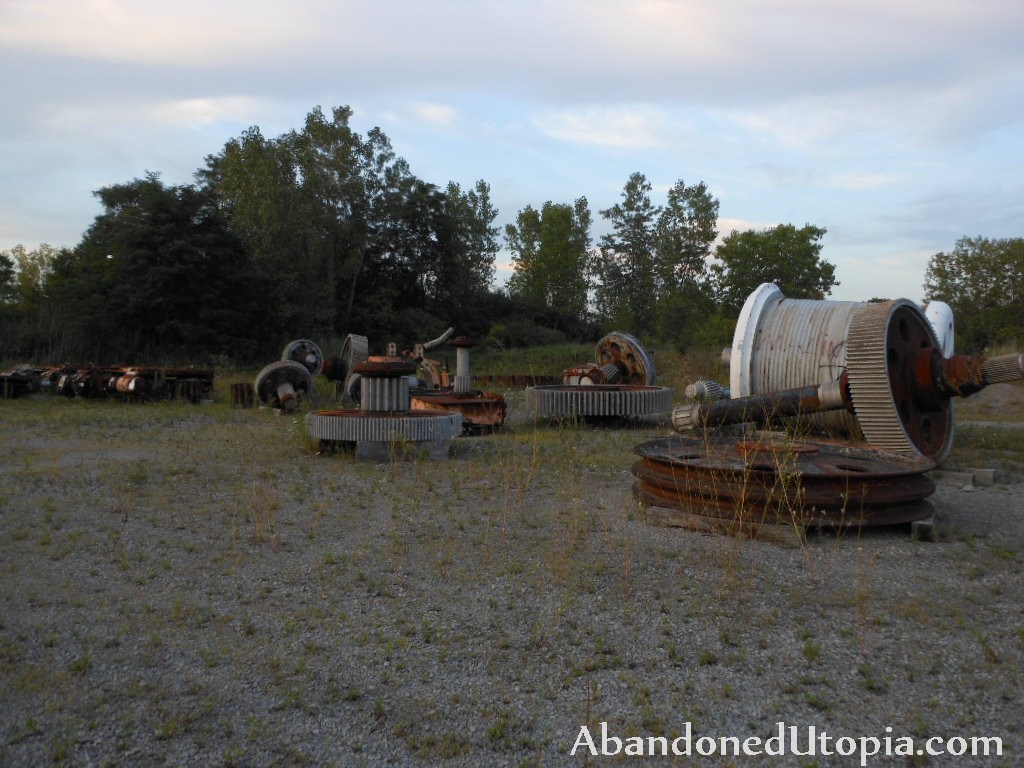 Digging and erosion have done a real number on some of the surround areas. 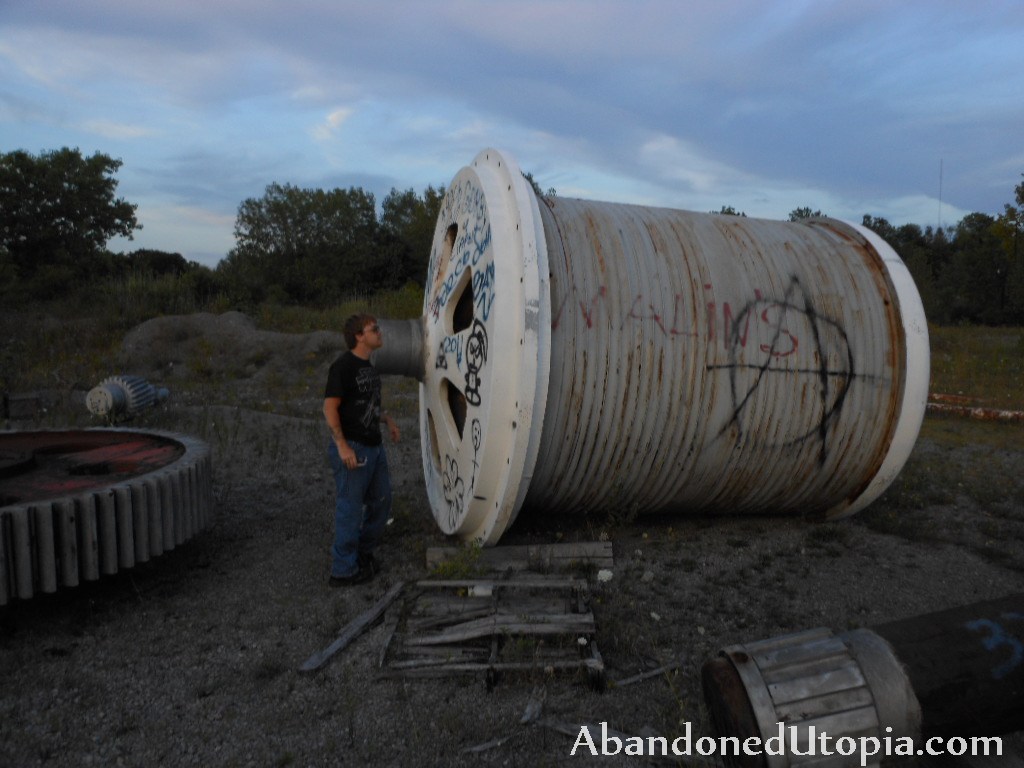 The remnants of a narrow gauge railroad track used by this quarry. 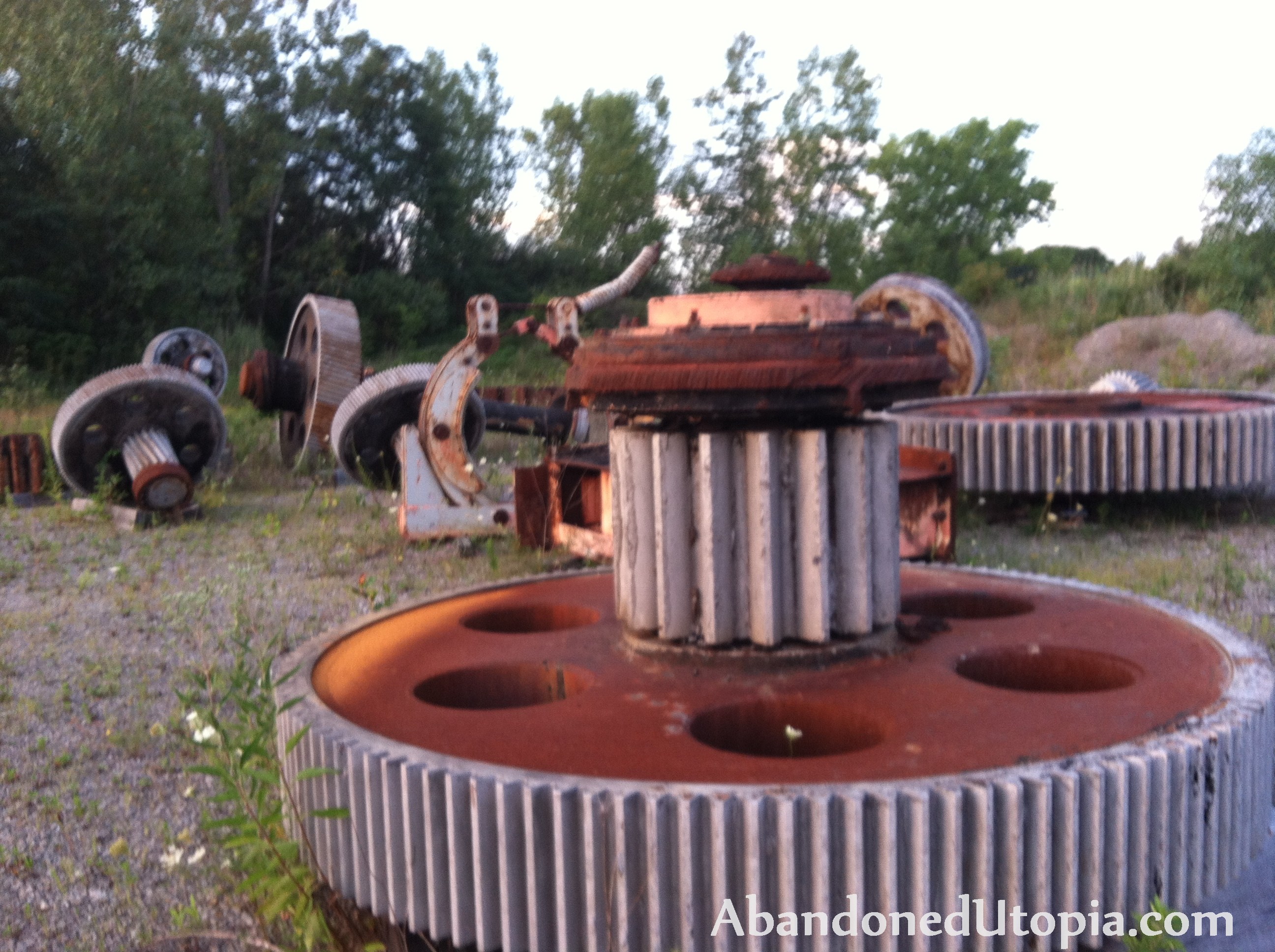 A view of some sort of elevated track for the narrow gauge train tracks. 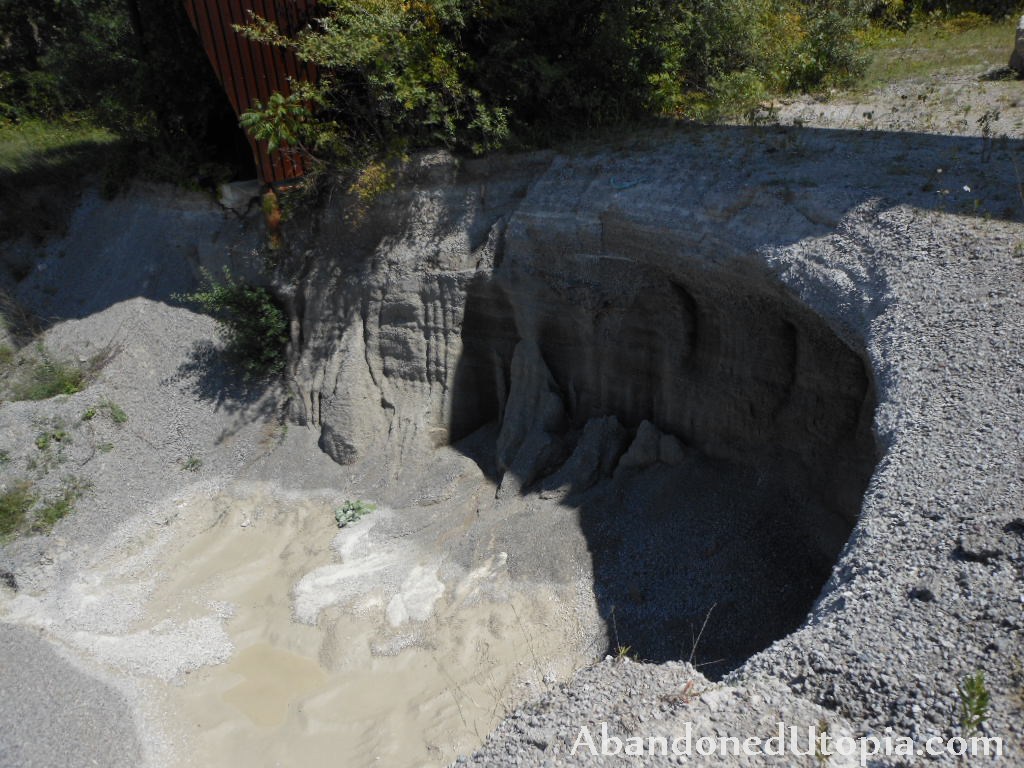 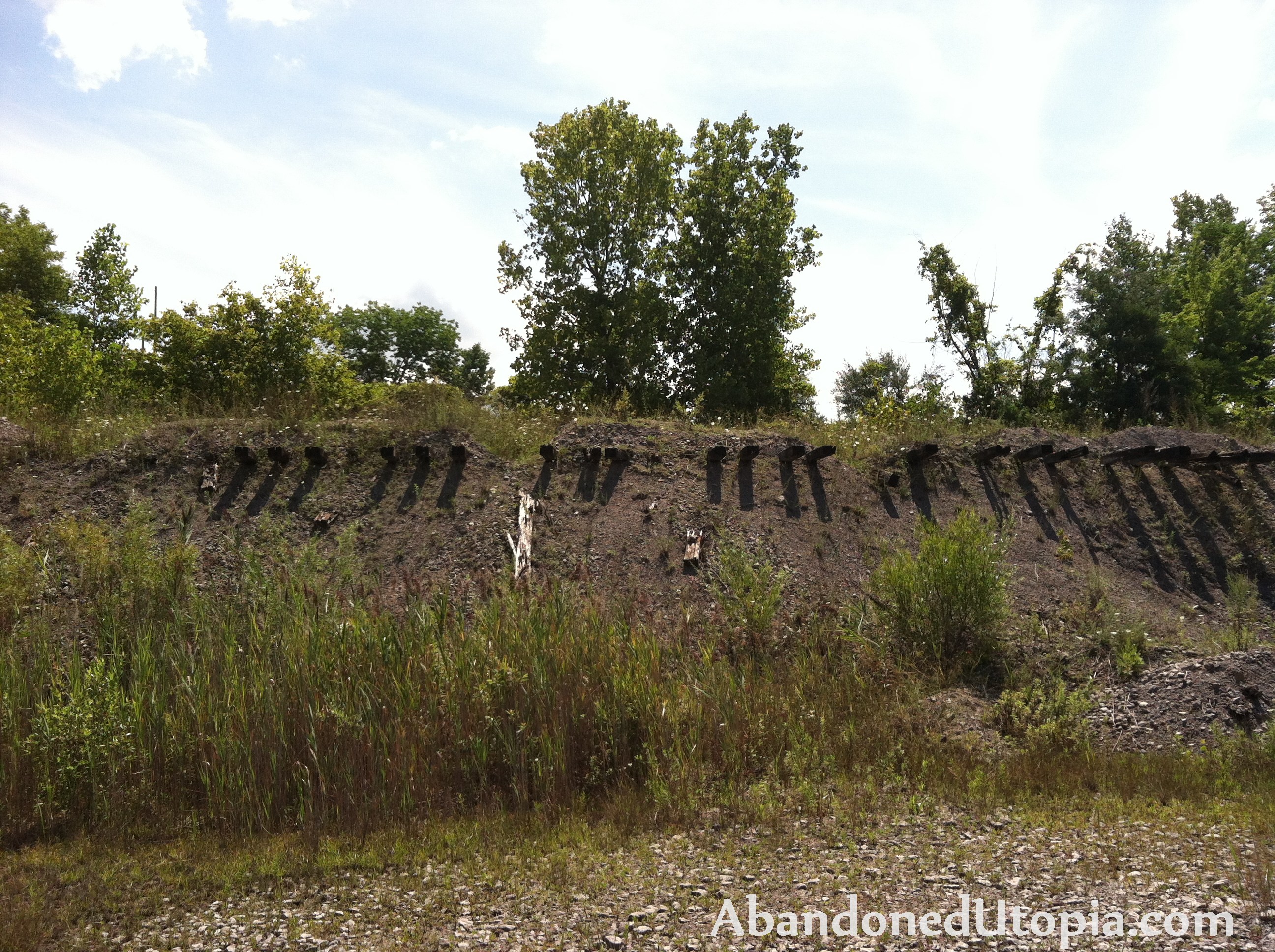 Some quarry building that has for sure seen better days. 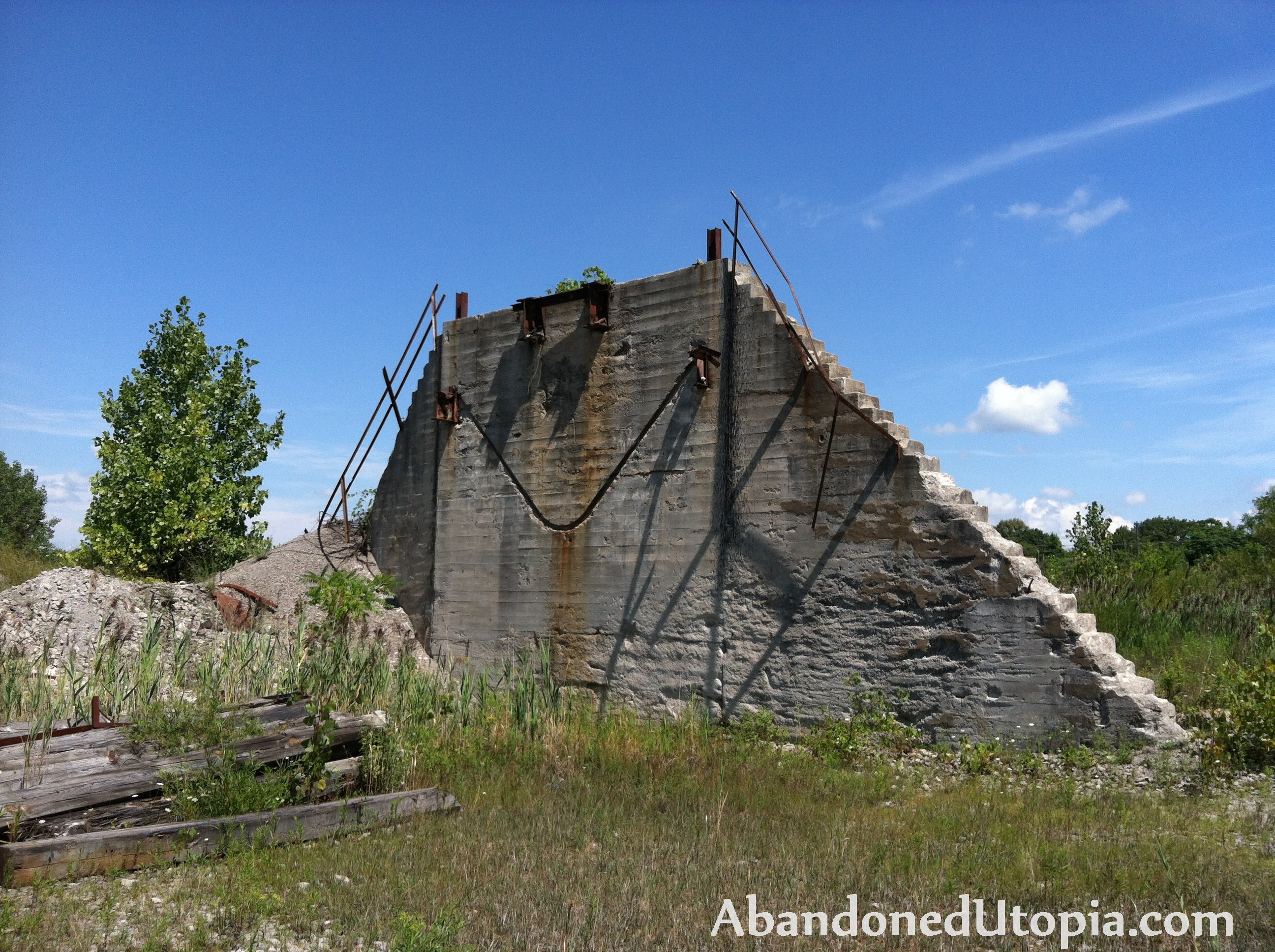 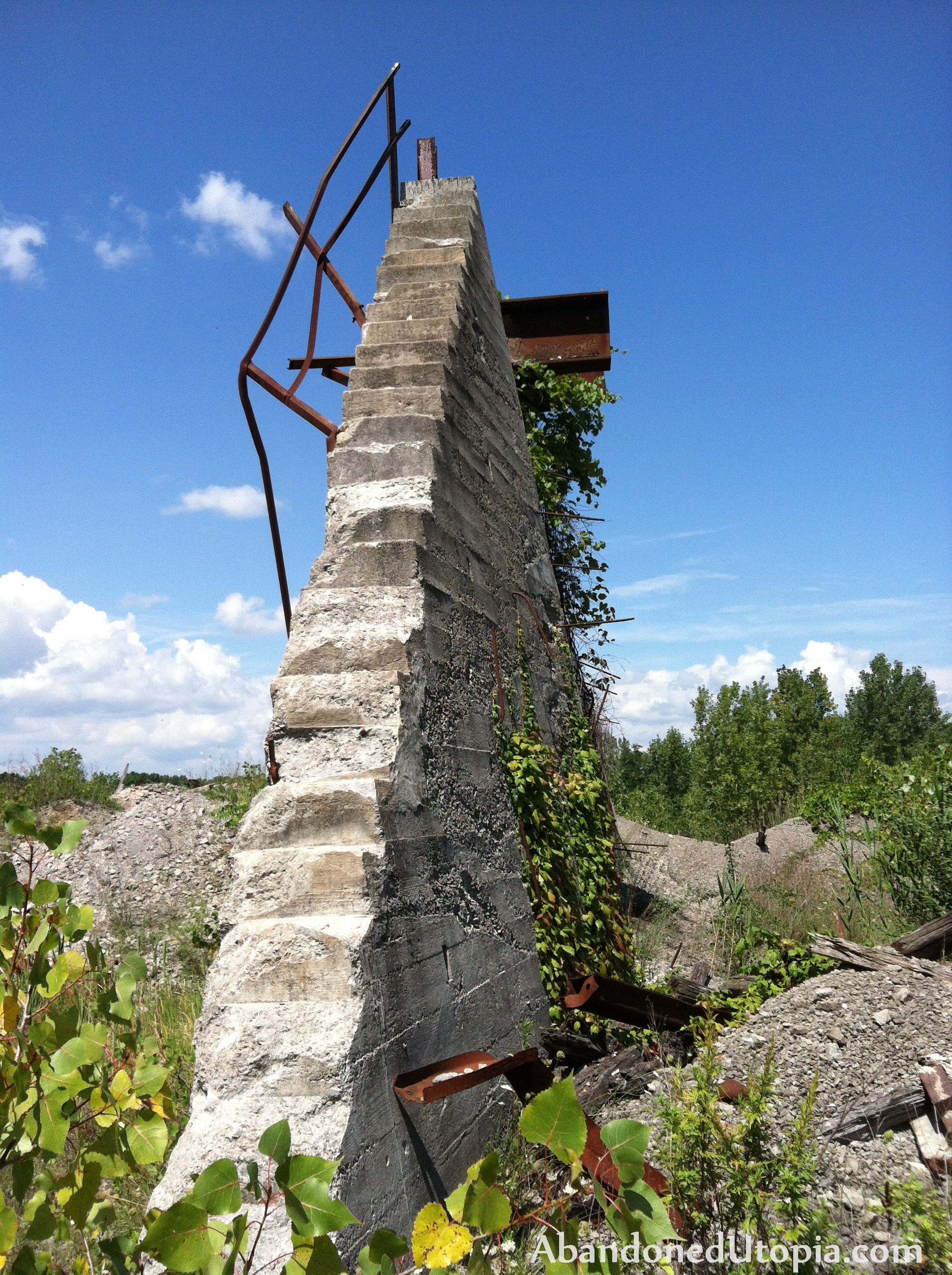 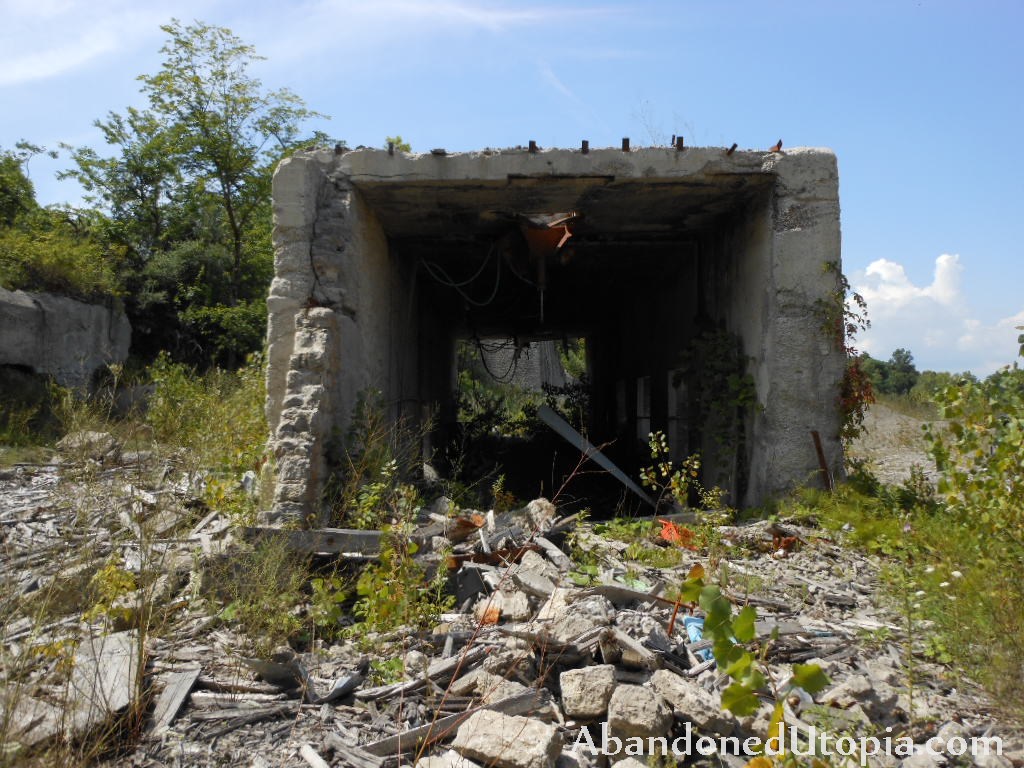 Not really a problem these days! 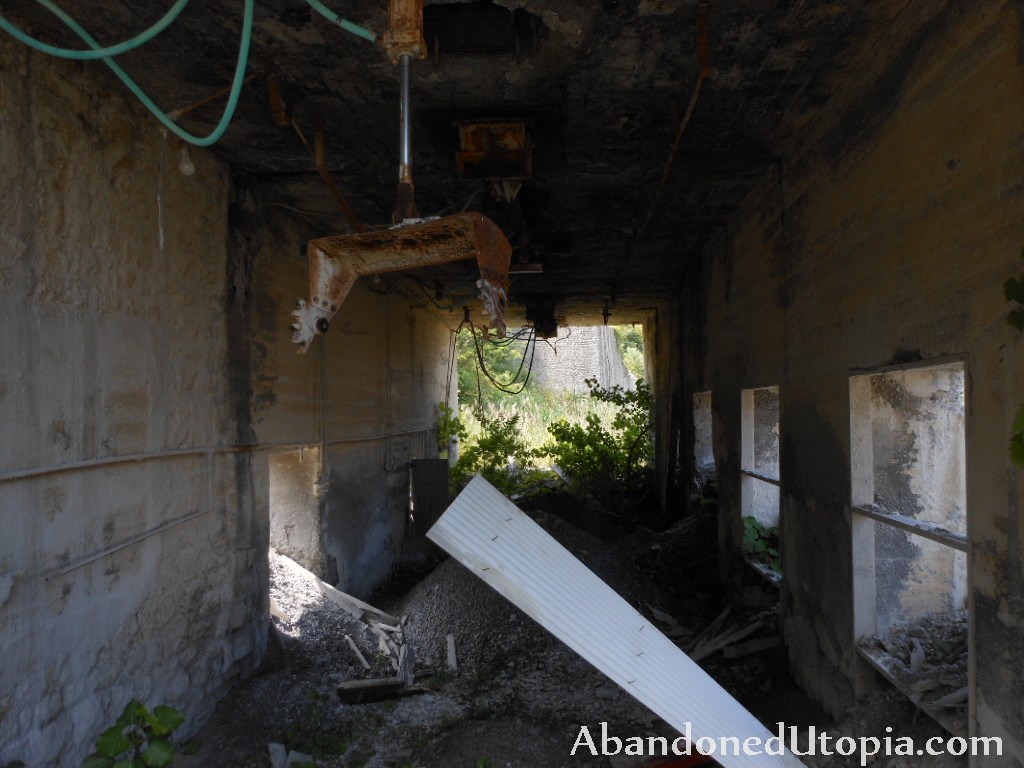 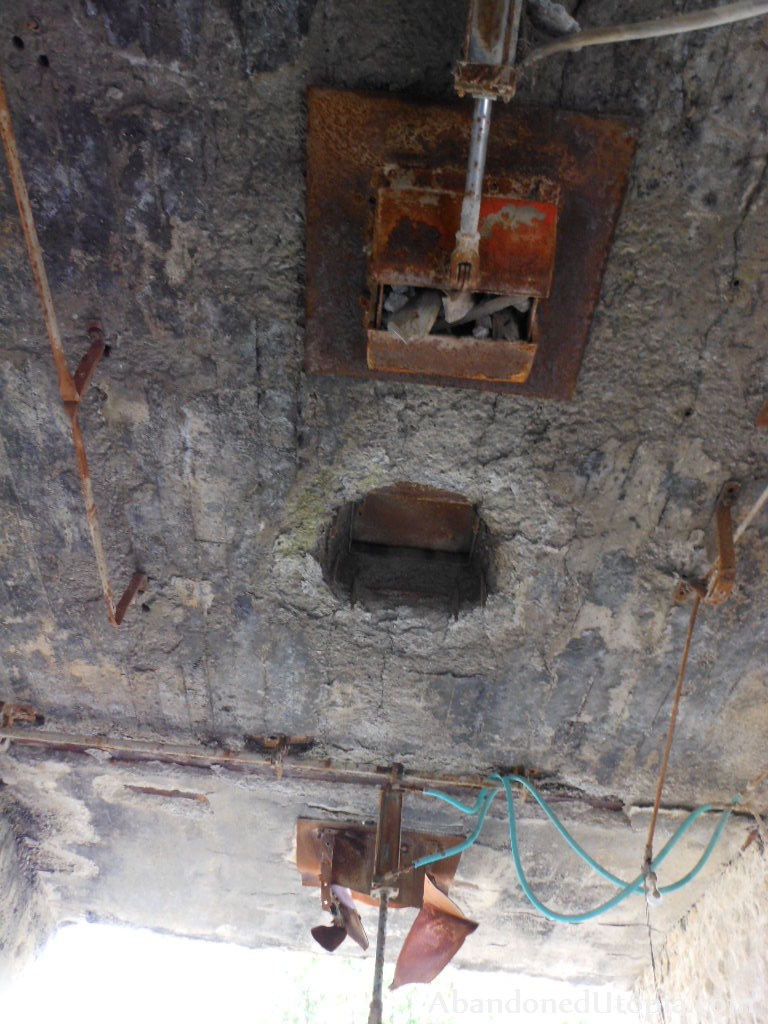 No idea where the rest of this went… 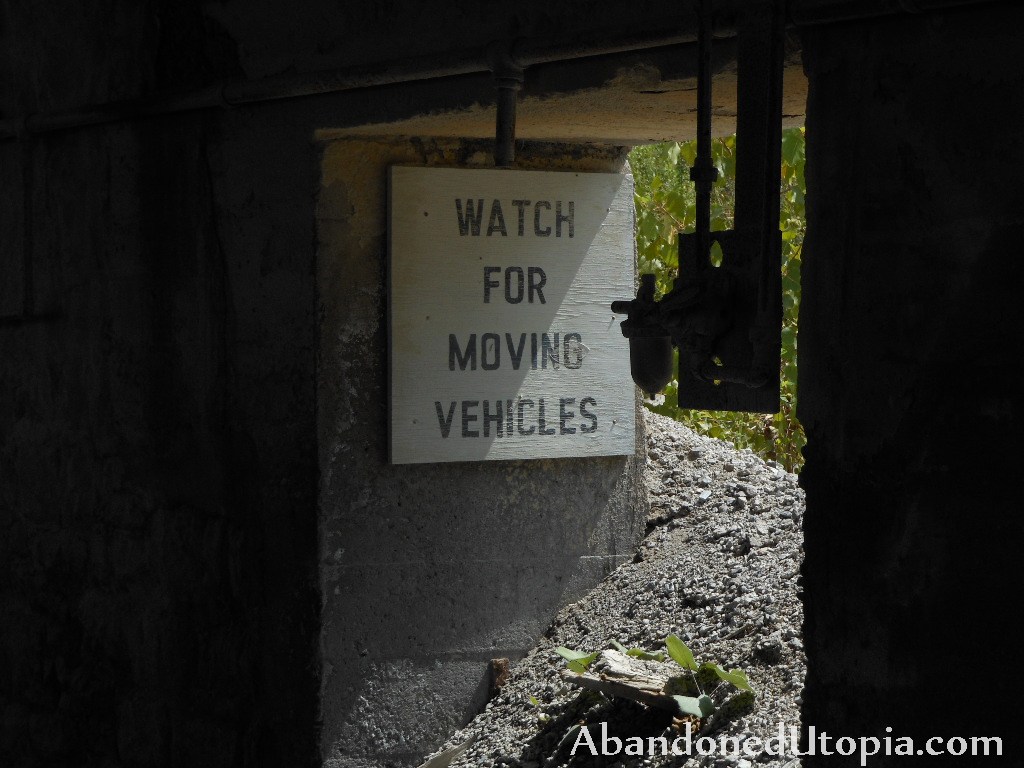 A little further on is a decent sized hill that was once part of the process. We think dump trucks dumped their spoils into the machinery that used to sit below the highest edge. 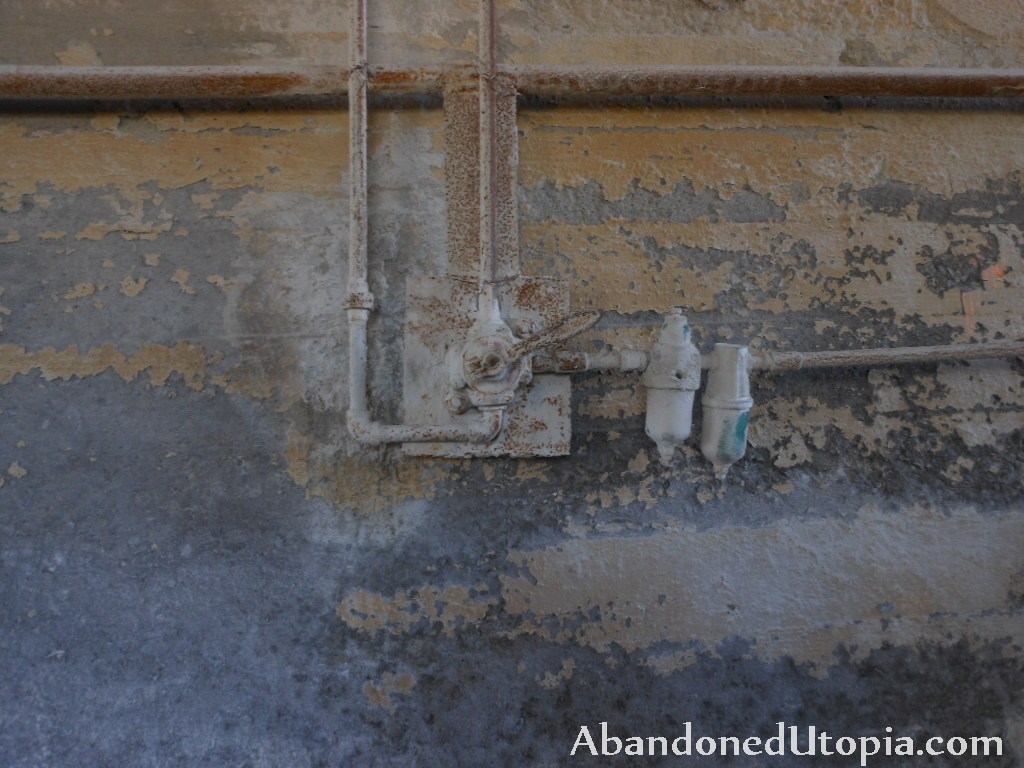 This is what is below Roxie and where buildings and machinery used to reside. 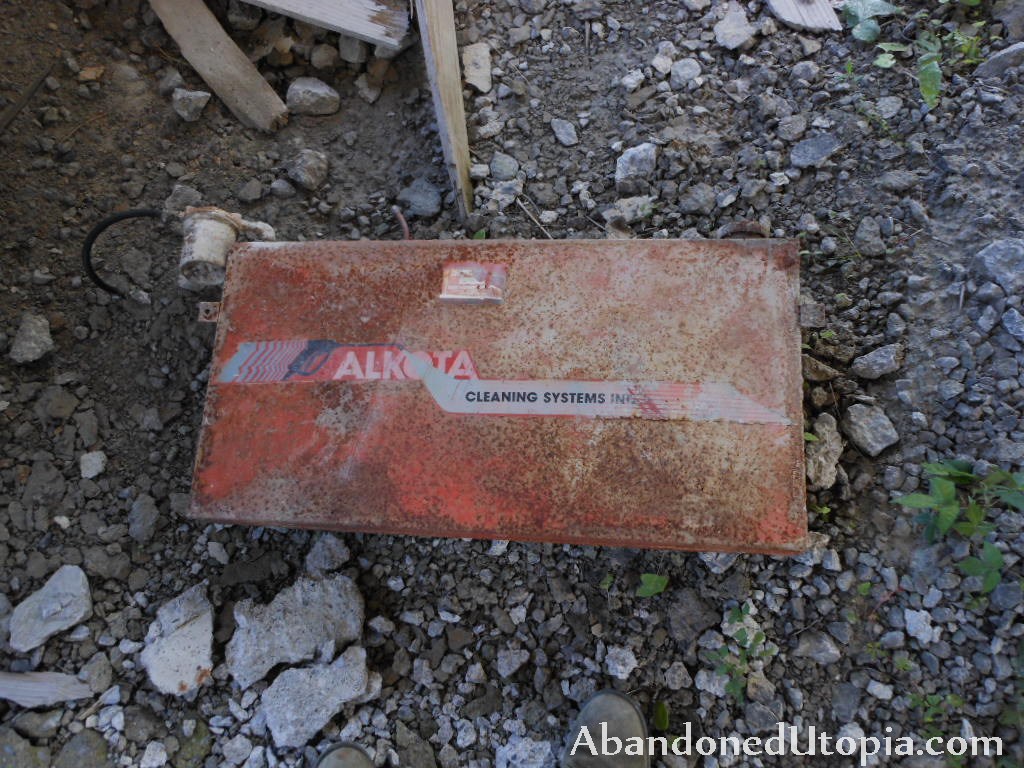 A little further on is a random shed with no doors. No one has been here in quite some time for sure. 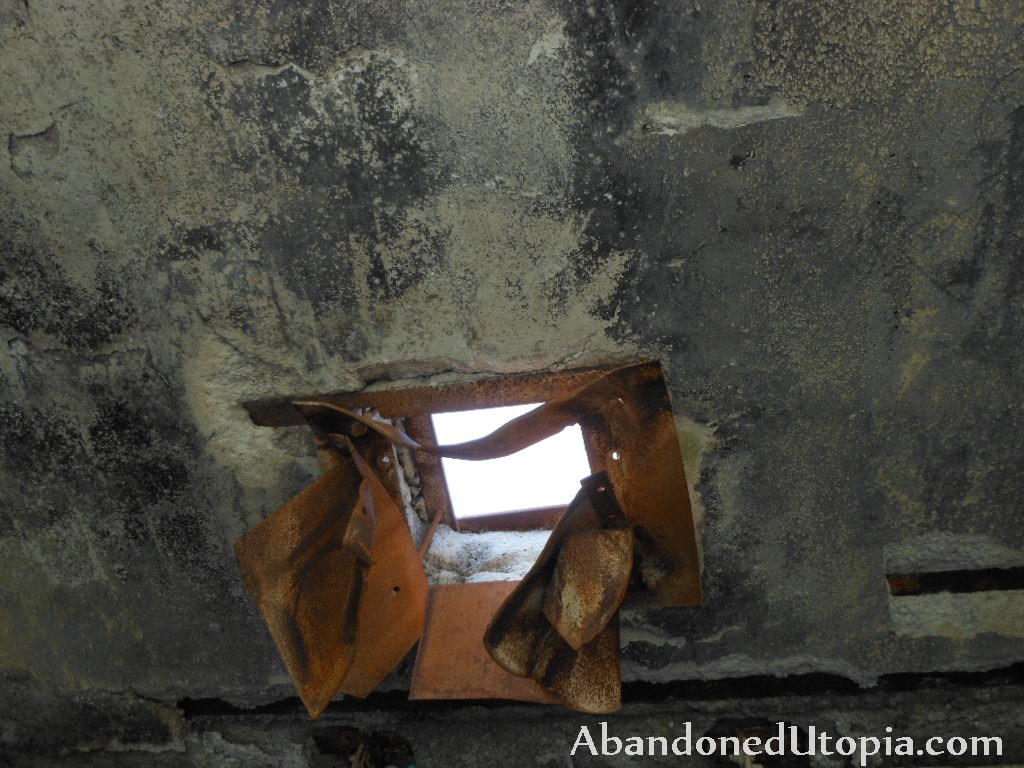 This is all that is in there. All empty. 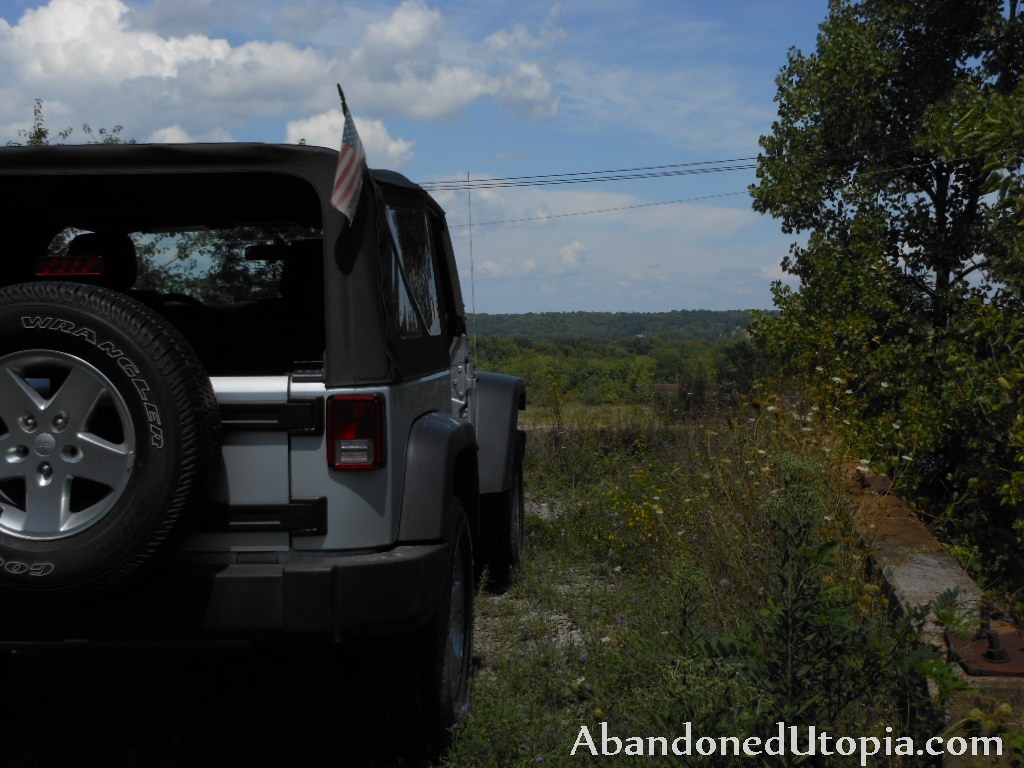